Yesterday, on Thursday the 28th of 2015, I was in St. Mark’s Square at 5 P.M., because I couldn’t resist shaking the hands of the heroes in wheelchairs

I asked a war veteran why they were there in the blazing sun, in their wheelchairs. Quietly and somewhat timidly, he answered: “We are waiting for prime minister Milanović to receive us.”

But that same prime minister is arrogantly waving the heroes’ pleadings away, thus proving not only his arrogance and insensitivity for the suffering of the disabled veterans, but also his inability to solve the crisis (in any democratic state, the government would have to resign as a result of such an inability). Sadly, the political caste in the Republic of Croatia, the “reformed political party” (Zoran Milanovic & Milenka Opacic & Vesna Pusic & Pupovac…), considers itself the royal rulers of the land instead of being a service to its citizens. For politicians to treat heroes like that is a crying shame for every citizen of small and long-suffering Croatia. Regardless of whether they are Democrats or Republicans, American presidents honor war veterans, saying that they owe them gratitude for liberty. This way, the President of the U.S.A. is not only proving his patriotism, but also showing all those values that makes a statesman great. A society that doesn’t respect its heroes shall never be free.

War Hero Cory Remsburg honored during State of the Union

Why does the prime minister, Zoran Milanovic & Vesna Pusuc (SDP), insult Croatian war veterans? Why is he accusing them of being patriots? Did these people not protect Croatia from the acts of agression of the barbarian hordes dressed as JNA (Yugoslav Serbian National Army) soldiers, from the same killers who have committed the horrendous crimes in Vukovar, Srebrenica and Kosovo? If it wasn’t for those war veterans, who prevented general Mladic’s hordes in the Bihac area in Bosnia, these hordes would have committed crimes that would have been even worse than the slaughter of Srebrenica. Have these same veterans not defended the homeland from the drunk barbarian hordes of the Butcher of the Balkans, Slobodan Milošević himself, whose troops have destroyed Vukovar and murdered hundreds upon hundreds of civilians? Have these same veterans not been losing their lives in Vukovar, the hero among cities, while he, young as he was, was sitting in his warm office, planning his political career, without a care in the world while his country was bleeding?…

Everybody knows about the epic and heroic defense of the Croatian city of Vukovar, and war strategists often call it the “Croatian Alamo”, because a thousand (2000-3500) poorly armed Croatian defenders managed to hold the city for months, withstanding the attacks of a far more powerful enemy, the Yugoslav army (controlled by the Serbs), and 60,000 Serb chetniks. Hundreds of tanks, hundreds of heavy weapons bombarded the city for days and nights, only to demolish it completely in the end. Then the “brave” Serbian chetniks entered the demolished city to shoot at anything that appeared to be moving, children, women, and the elderly. (Sadly, instead of offering a heartfelt apology to the victims, the Serbian government and Serbian president Nikolic call them criminals. Small wonder, considering that they are followers of Slobodan Milosevic, the butcher of the Balkans. – The free world can not understand why the Serbs always vote for the nationalist, are followers of Slobodan Milosevic, like Aleksandar Vucic, Nikolic… Apparently, they can change everything about themselves but their personalities. After all, to see for yourself what kind of monstrous manipulation this is about, you can open the link. After the hero city of Vukovar fell, Serbian chetniks, barbarians dressed in JNA uniforms started their bloody celebration in a completely destroyed city. Why did they do it? Because hatred is a curse of the primitive.

This cock-a-doodle-doo political caste (the Social-Democratic Party, headed by comrade Zoki) simply cannot stand heroes. Why is that the case?

Perhaps it’s because of all the virtues those heroes display, and of which the cock-a-doodle-doo political caste is devoid. That insensitive political caste is hiding, like natural cowards usually are, behind huge numbers of police, without realizing that compassion, honor, heroism, liberty and faith are invincible values. The point to which this hatred towards war veterans has escalated is demonstrated by the shameful act of sending armed policemen to attack disabled veterans as if they were nothing but terrorists. And can you imagine that this heavily armed police force attacked the disabled like a medieval barbarian horde inside a church, where the war veterans sought shelter:

The woe and misery of this incapable cock-a-doodle-doo coalition is evident in all its eerie reality. Instead of solving current issues through dialogue, they solve them through force, like the tyrants they are. They prohibit the people’s basic right to a referendum (there are more than 100 citizen referendums in California per year, and it never occurs to the politicians to prohibit them). Furthermore, they drown foreign and domestic investors, small and big entrepreneurs, farmers and fishermen in a never-ending flood of taxes, ever-changing tax and other laws, and a bulky and inefficient bureaucracy (they are so incapable that they do not realize that the economy can only be stimulated through lower taxes and less bureaucracy, and that this is the only way to create new jobs). Furthermore, syndicates are humiliated through despotic cancellations of collective agreements and labor laws. 320,000 blocked families are being thrown into the street, even if this is a breech of the constitution and human rights:

Furthermore, they allow greed bankers to completely destroy both citizens and entrepreneurs through predator-like interest rates of 8 to 14 percent. How is it possible that an Austrian or German bank can impose interest rates of 8 to 12 percent to its clients in Croatia, while keeping them down to 1 or 2 percent in their own countries? Isn’t that racketeering? Isn’t that akin to destroying not just the citizens, but the economy as well? Why are those greedy banks allowed to do so in Croatia? Because they keep the prime minister and all the ministers at bay through advantageous loans. Independent news portals have reported about advantageous “VIP” loans to the prime minister’s brother. Enough said. I’ll stop right here. So, they are hiding their corruption and nepotism by spreading chaos and anarchy. That wise retired professor told me in confidence: THEY ARE THE DISGRACE AMONG MEN!

I thought to myself: where is this country heading if heroes must beg a simple political sycophant to receive them.

I went on and asked another hero who was also in a wheelchair: “Did they at least give you some water to drink, my friends?” The war veteran asked me in surprise: “Who?” – “Those from the parlament.” I said. The veteran cynically replied: “Yeah, right… they invited us to lunch too…” Then he sadly added: “I’m just kidding.”

And so I went on and stopped near the parlament building, which was luxuriously glowing as if it was at the other end of the world – in Hollywood, perhaps – far away from the humiliated veterans. There are 320,000 blocked and 300,000 unemployed. At this point, I must quote Zoran Grgić, a member of the Parlamentary committee for the civilian monitoring of secret services: “While workers and war veterans protested in the square, the finale of the three-day visit of Serbian parlamentary deputees was taking place in the Parlament. They were having lunch in the “Crystal Hall”, the most beautiful of all, which is rarely open for guests. What did they do to deserve such an honor – and a four-course menu – I don’t know, but it is a fact that Croatian tax payers paid for it.”

I noticed a chubby young gentleman, around thirty years of age, standing next to the parlament building and “importantly” talking on his cell phone. Reality seems to be lost on him, I thought to myself, and so I honestly asked him: “Are you working at the parlament?” He quickly said: “Yes!” I couldn’t resist saying: “Did any of you offer the war veterans a drink of water?” He carelessly replied: “I have no idea.” So, what could I do? I said: “Do you know that you wouldn’t stand here in this elegant suit and “work” at the parlament of the Republic of Croatia of it wasn’t for these disabled veterans? Can’t you see them in this burning sun? They are fully disabled war veterans!” Her just shrugged and continued talking on the phone.

And now, my dear friends, you can reach your own conclusion about whether this kind of people, these “reformed communists”, serve their purpose and the people. Isn’t it an infernal absurd that these shapeless shadows infected with a virus of insensitivity, arrogance and cowardice decide not just about the fate of heroes, but all good-will people?

Heroes are born in peace as well as in war. Who is a peace-time hero? Any person who fights for the common good without thinking about their own existence. Heroes often end up in the street or in prison, but if it wasn’t that way, there would be no heroes at all.

This is a poem of immortal Texan nightingales to honor all the heroes worldwide, like Croatian and American war veterans, and like all those noble people who fight for the greater good and the freedom of each man through their pencils and poems, regardless of race, gender and religion. 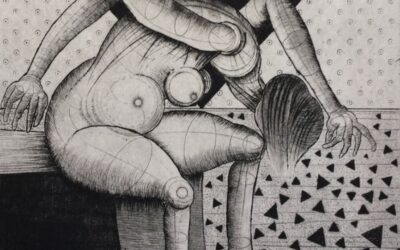 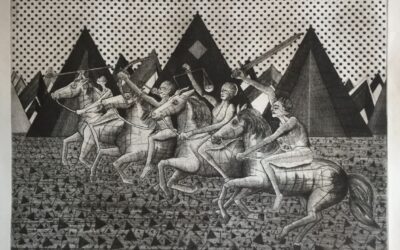